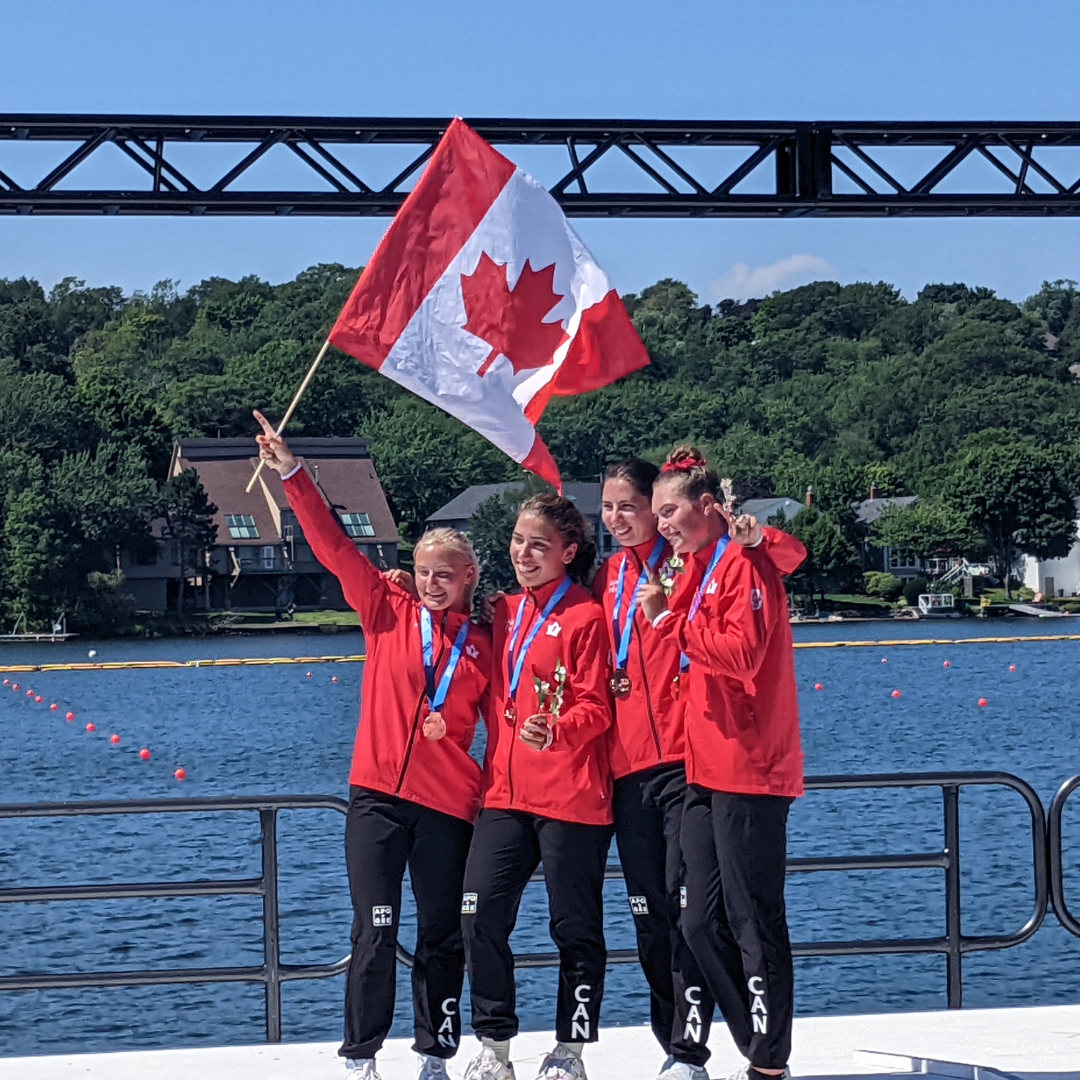 In elite sports, it is a rare opportunity to perform in a world championship in front of your hometown crowd. Expectations are high for both athletes and fans. When expectations and results collide, you get to experience something truly special.  This was the scene on a sun-drenched Panuk / Lake Banook on Sunday, August 7, 2022.

The best paddlers in the world battled for global supremacy on Sunday in front of what surely was a record-breaking audience of fans gathering on Prince Albert Road and Silver Hill in Dartmouth. Superstars from around the world and local heroes left nothing in the tank, cheered on by deafening roars. Dartmouth showed that the best canoe and kayak fans in the world live right here in Nova Scotia. Every single member of Team Canada performed their best with several medal performances.

Sophia Jensen snagged the Silver in the C1 Women 500m

Katie Vincent won her third Gold Medal in the C1 Women 5000m, capping off one of the greatest single-day performances in the history of her sport.

International paddlers delivered many stellar performances, bringing large contingents of supporters from their home countries. In an interesting scene, the Brasil fans treated the locals to their world-famous samba dancing flare, cheering on their hero Isaquias Santos to a gritty Silver medal performance in the C1 Men 1000m.

Click here for a summary of the Official Medal Standings.

The 2022 ICF Canoe Sprint and Paracanoe World Championships at Lake Banook have been hugely successful.  Athletes, coaches, delegates, supporters, spectators, volunteers, event staff, partners and sponsors all contributed to what the ICF President described as the best world championships ever! Through strong planning and execution, Canoe ’22 raised Legacy Funds that will support the sport of canoe and kayak in Nova Scotia for years to come. Congratulations to everyone!